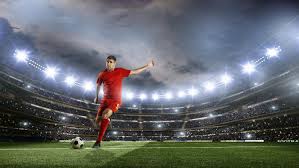 Brondby against Midtjylland is one of the most interesting clashes in the first round of the new season of the Danish Superliga.

These are two of the strongest teams in the country. Last season they both finished in the Top 6 of the table, which guaranteed them a place among the teams in the Championship Round.

Brondby finished second in the regular season with 52 points from 26 games – 15 wins, 7 draws and 4 losses. 52 goals scored and 23 goals conceded. They already started their participation in the Europa League and progressed from the first round.

As for Midtjylland, they ended the regular season at 5th place with 38 points from 26 games – 10 wins, 8 draws and 8 losses. 44 goals scored and 29 goals conceded. Later they managed to qualify for the Europa League by wining the play-off for the competition. They also started their participation in the Europa League with eliminating their first opponent.

These two teams will probably look more prepared than most of the other in the Superliga, because they have already started their participation in the Europa League. Playing official games is always better for preparation than playing friendlies. Let’s see which one of these two teams prepared better for the start of the Superliga.

This year Brondby and Midtjylland already faced each other three times – once in April and twice in May. The balance is in Brondby’s favour – two wins for them and one for Midtjylland. If you believe in psychological advances, then maybe Brondby have a little bit of this before this game.

Both teams brought some fresh faces from the transfer market in their squads, so we will probably see new players in action as well. The first matches of the season are not crucial, but they give you a nice direction of where you are headed at. Let’s see!